I started to compile a list of guidelines for developing big systems. So, what is a big system?

Of course, there are even bigger systems. There is also
The guidelines are for the smallest one the of 3 noteworty categories: "Big". This is the category I am experienced with. 10 or 20k concurrent is significantly different from normal/sparetime/hobby systems. But it is still conventional technology (e.g. on standard LAMP). I can imagine what needs to be done to get a massive system up and keep it running. ButI have never done it, yet. I can only dream of a mainstream scale system, especially a unique and not sharded one (see below).

Examples:
In other words:
Of course there are differences in complexity between a static web site and an MMOG. A static web site, e.g. a newspaper may need much less resources for 10k concurrent readers, than a vitual world for 10k concurrent players. Comunication in an IM network is very different from a MMOG. MMOGs enter the "Massive" category earlier than browser games.

But there are also factors, which make the complexity similar or at least in the same order of magnitude.
All in all, the classification into "Big", "Massive", "Mainstream" works.

Distributed systems do not really count here. This is about operating the resources required to support concurrent users. E.g. the Web is not operated by a single entity (though you could count the DNS). The Skype network has a (cool) architecture, that lets Skype, the company manage the network without the need to provide all required resources. Skype is also not an issue here. But most systems are operated by someone with a server farm and this is about what these people do.

So, these lessons are for "Big" systems. Actually primarily for web servers but also some messaging issues and general remarks. Some lessons are obvious, some are obvious in hindsight, some are not so obvious, some may be interesting even if you are one of the few (thousand) architects of big systems worldwide. Read the (far from complete but growing) list of lessons here. 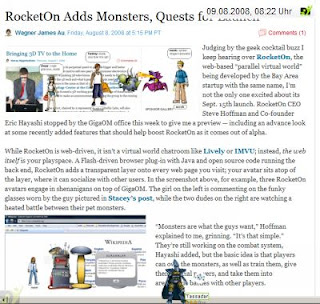